Let's check if medicine delivery is available in your area!

Is your delivery area listed below?

Sorry! Medicine delivery is currently unavailable in your area.

But don't worry, there are other products available in your area. 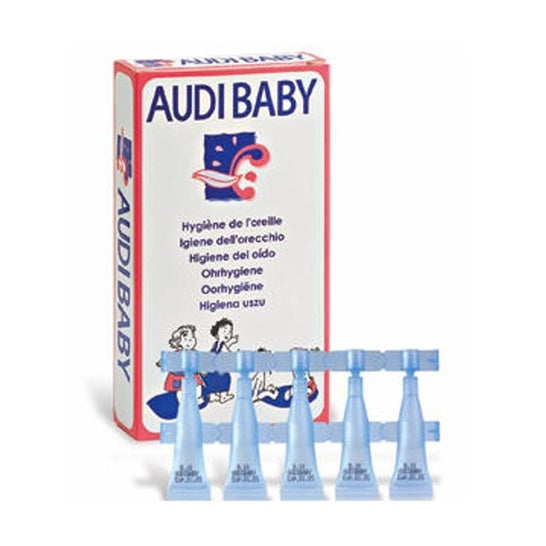 Price adjusting VAT for Spain. This product is shipped from a different country than yours. Check the shipping costs at the end of your purchase.
Only 5 units at this price

Ideal for the care of babies' ears

Price adjusting VAT for Spain. This product is shipped from a different country than yours. Check the shipping costs at the end of your purchase.
Only 5 units at this price

Hygiene solutions to gently clean and purify babies' ears. It is a microbiologically controlled 100% purified seawater solution that helps prevent the accumulation of wax and dust in the ear canal.

It is a safer alternative to cotton swabs.

Seawater has moisturising and cleansing effects on the nasal and otic mucous membranes. It is rich in elements and trace elements in the form of different salts that contain: chlorine, sodium, magnesium, calcium, potassium, fluorine, iron, manganese, iodine, etc. Nasal cleansing with seawater helps to maintain cilia function (microscopic hair-like structures in the nose) and helps to moisten the air. It carries away impurities and particles, such as allergens, bacteria, viruses and particles from environmental pollution.

It can be isotonic (i.e. with the same salt concentration as saline) or hypertonic (with a higher salt concentration). In both cases, it decongests, loosens mucus and helps to expel it (hypertonic water has a more intense effect in this sense). The use of a nasal cleansing spray with seawater is a very useful measure in the case of nasal obstruction due to colds, the flu or nasal dryness caused by external factors, as it improves nasal and respiratory well-being. In otic application, it also helps to clean the ear canal.