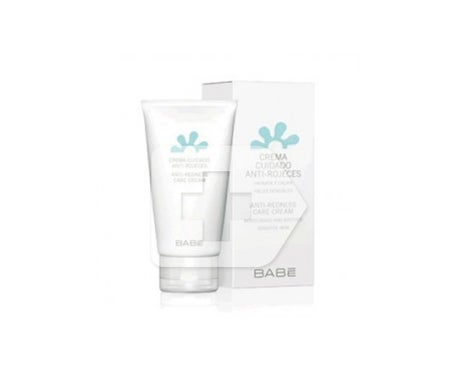 Relieves redness on the face and helps prevent its appearance

Sensitive skin with redness is skin that reacts abnormally to normal internal and external stimuli such as inadequate nutrition, overexposure to the sun or sudden changes in temperature. This type of skin alternates episodes of normality with episodes of irritation with redness, which is why it is very important to take care of it with a specific treatment for skin with redness.

The anti-redness cream of Babé is a very effective treatment to prevent the blood vessels of the skin from dilating, thus avoiding the appearance of redness.

Its formula relieves redness and helps to prevent its appearance. It is a cream that has been specially designed to be tolerated by the most sensitive skins;

Its regular use allows the following benefits on our skin:

Say goodbye to the redness on your face!

Apply day and night with a gentle massage until completely absorbed.

Related products:
Other products from the same brand