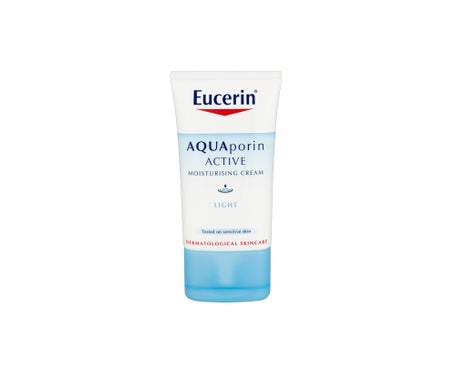 It will activate your skin's natural moisture distribution networks, improve your dermal well-being

A very common problem with the skin is that it does not receive enough moisture, meaning that the protective barrier lacks sources of nutrients. As a result of this lack of hydration, the skin is weakened and the process of skin aging is accelerated.

Eucerin Aquaporin active light moisturizer is a moisturizing cream that acts on the natural hydration of the skin, stimulating its regenerative action and allowing optimal nutrition of even the deepest layers of the epidermis.

With a base enriched with Glycerol-Glycerol, Eucerin Aquaporin active light moisturizer acts on the formation of aquaporins, stimulating their increase and improving the moisturizing rate of the skin's own moisturizing channels;

Apply to clean, dry skin and extend until completely absorbed.